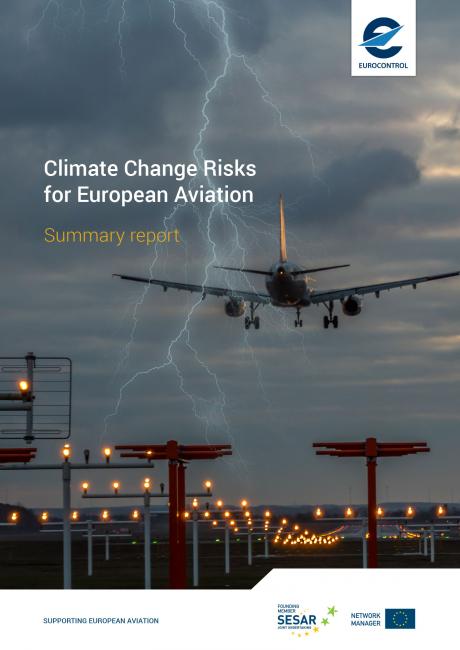 Climate change poses significant and increasing risks to aviation in the years ahead, a new report carried out by Egis and the UK Met Office on behalf of EUROCONTROL concludes.

The report assesses how existing weather trends have impacted aviation in recent years, factoring in climate change impacts that are emerging faster than expected. It forecasts growing disruption both on the ground and in the air: airports and their surrounding transport infrastructure face a rising risk of flash flooding and rising sea levels, while flight operations are set to be increasingly delayed by violent storms that will increase delays, raise fuel burn and lead to higher emissions.

From a network point of view, the report provides scientific confirmation of the operational impacts due to weather that the EUROCONTROL Network Manager and partners are already experiencing and working closely to mitigate, and gives an insight into what can be expected in the future. Its main findings highlight how all aviation actors need to build climate resilience into their operations:

The study comes as an update to Annex 2 (Adapting aviation to a changing climate) of 2018’s Challenges of Growth report.

EUROCONTROL brings together the Europe Climate Change Adaptation Working Group to share expertise and best practice on climate change risk assessments and climate adaptation plans. Please contact us if your organisation is interested in joining.

Higher temperatures are associated with increasingly unpredictable or severe weather events, whilst the melting of land ice and the warming of the oceans threatens coastlines around the world due to sea level rise. These impacts pose threats to infrastructure, transport, supply chains, communities and the resilience of the global economy. More positively, although it may seem counterintuitive, certain regions may see a more favourable climate for certain activities, although this would not balance out the damage that climate change is likely to inflict.

The risks that climate change poses to aviation

This study consists of five work packages, which explore the risks posed by climate change to the European aviation sector. The findings of each are summarised in this report, whereas the technical detail can be found in the corresponding annexes:

Read more articles from our 3nd issue and subscribe to get the next issue in your mailbox.