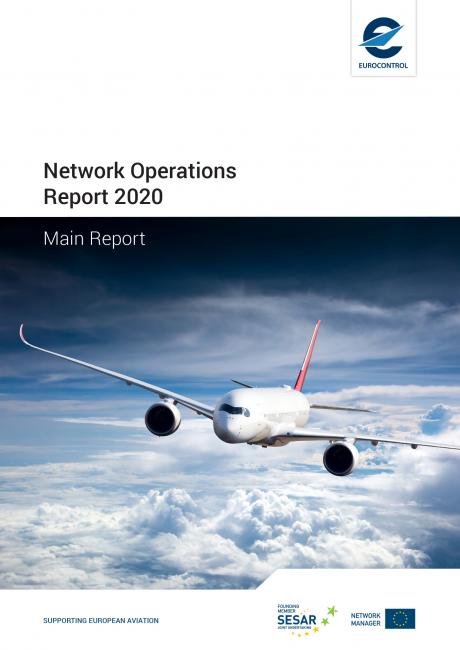 The final version of the EUROCONTROL Annual Network Operations Report 2020 is now available.

Network traffic in 2020 reached unprecedented levels due to the disruption caused by the COVID-19 pandemic. There were fewer than 5 million flights, corresponding to a 55% reduction on 2019.

The decline started in early March and accelerated very quickly as strong mobility restrictions were enforced in Europe. The network showed some signs of recovery over the summer. The health situation deteriorated again at the end of August with renewed restrictions on travelling which were to last during the remaining of the year.

EUROCONTROL Network Manager (NM) in collaboration with NDOP, NMB and the stakeholders took a number of special measures to mitigate the impact the pandemic in the network.

Airlines recorded 90% of arrival punctuality during 2020, a significant improvement on 2019. Airline delay was 7.4 minutes per flight, a decrease of 5.6 minutes. ‘Government reasons’ was the only delay cause that increased in 2020.

ATFM delays were negligible for most of the year. The exceptions were the first two months of the year, which had exceptionally high ATFM delay, mostly due to industrial action in the French ACCs.

ATFM measures were implemented in some airports during the summer due to localised high demand, namely in aerodromes of southern France and on the Greek islands.

NM believes that more optimal flight profiles were possible as there were fewer vertical and horizontal restrictions. NM, together with the operational stakeholders, relaxed approximately 1,200 RAD measures.