The Agency has been showcasing a wide range of developments together with our partners at the “Europe for Aviation” stand at this year’s World ATM Congress, where the Agency has additionally led or contributed to four award-winning projects conducted during the pandemic.

In the Maverick Awards - designed to recognise outstanding achievements in collaboration, innovation, resiliency, and sustainability in ATM – the Agency was part of two winning entries.

One of the algorithms was developed jointly with colleagues from the EUROCONTROL Innovation Hub in Brétigny. The route prediction algorithm has been in use for 10-15% of MUAC's overall traffic since 2018 and has proved resilient to system changes such as the introduction of new flows or even major events such as the global pandemic. Its scope has been gradually extended. Since 2021, an algorithm predicting take-off times has been added. 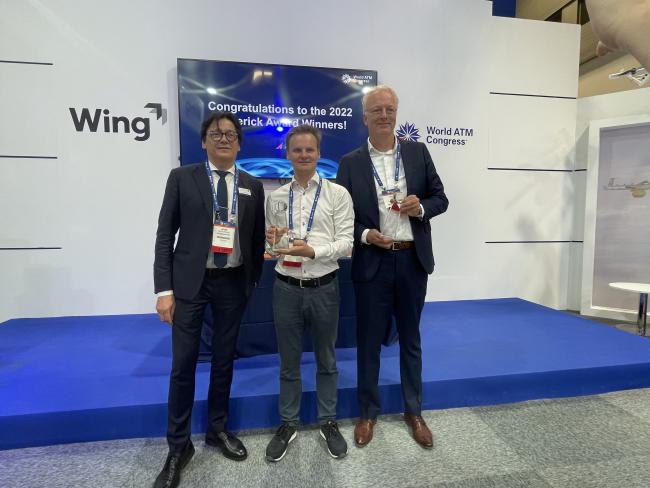 In the Maverick: Collaboration category, the Agency was part of the winning team led by DFS Deutsche Flugsicherung GmbH for strong and flexible collaboration in times of crisis/resilience in the context of the Ukrainian war. DFS developed a flexible solution in under a day to allow NATO partners to conduct extensive military flight operations through German airspace thanks to close cooperation between DFS, the German Ministries of Defence and Transport, the Air and Space Operations Centre of the German Forces, and the EUROCONTROL MUAC. 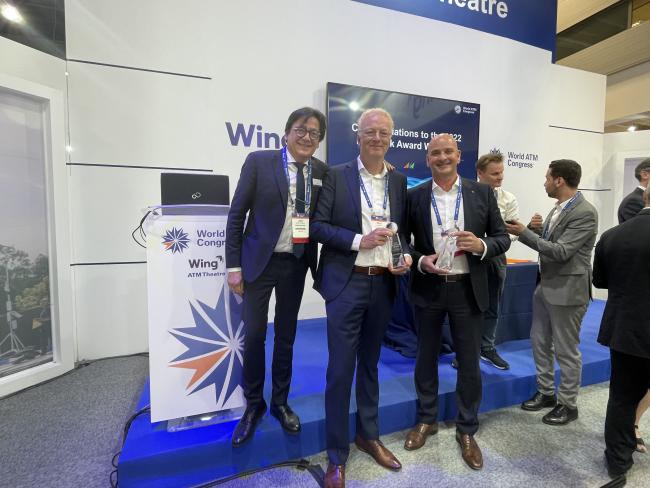 In the ATM/UTM Awards, which aim to encourage pioneering concepts and acknowledge significant achievements in the performance areas of safety, innovation, cost efficiency and environmental responsibility, EUROCONTROL was recognised with two awards.

The ATM/UTM Awards for Innovation was won by Airbus for their work with partner organisations including EUROCONTROL on fello’fly - Airbus’s revolutionary concept that aims at reducing emissions and fuel consumption by flying widebody aircraft in formation on long-haul flights. Fello’fly has successfully shown how a follower aircraft can retrieve the energy lost by the wake of a leader, flying in the smooth updraft of air and significantly reducing emissions. The first test saw two A350 aircraft fly 1.2 NM apart from Toulouse, France to Montreal, Canada, in a test involving EUROCONTROL, DSNA, NATS, NAVCANADA and IAA that saved over 6 tonnes of CO2 emissions, and cut fuel consumption by 5%. 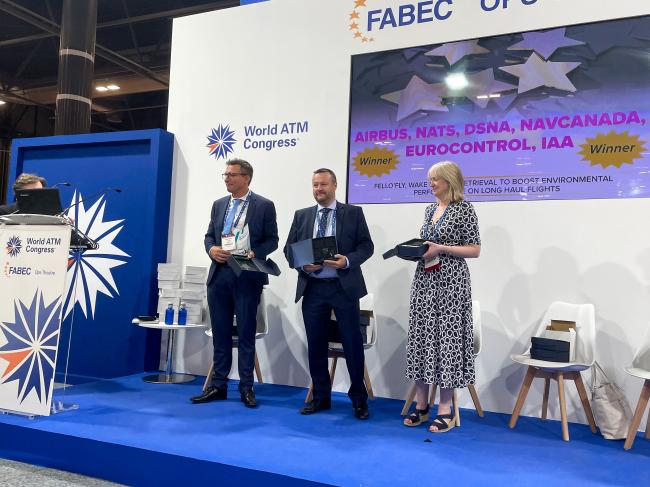 The fourth project to be recognised was in the ATM/UTM Awards for Upper Airspace, where EUROCONTROL MUAC and partners were runners-up for their Customer Initiative/ATM Portal project. 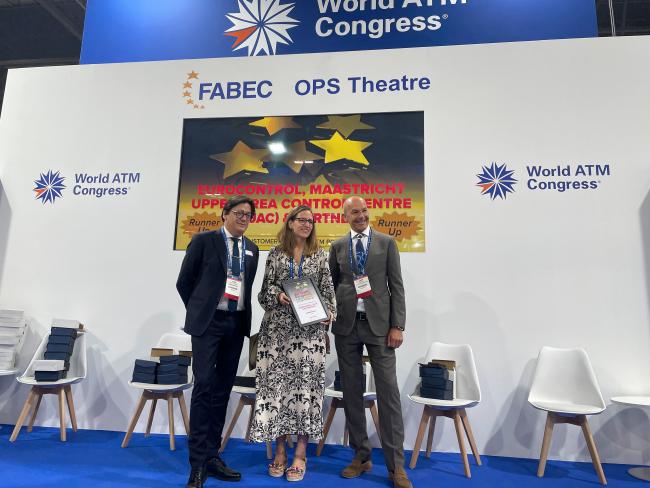 More about the World ATM Congress 2022

New call for operational challenges for our user-driven innovation projects

A new year of aviation innovation