THIS IS PART OF
Environment
Innovation, research and deployment

Point Merge is a systemised method for sequencing arrival flows developed by the EUROCONTROL Experimental Centre (EEC) in 2006.

Point Merge is one of the ICAO aviation system block upgrades (ASBU) and is referenced as a technique to support continuous descent operations (CDO - ICAO doc 9931).

Point Merge is expected to provide benefits in terms of safety, environment (in approach sectors) and capacity (in terminal sectors), even with high traffic loads.

Depending on the operational and environmental constraints, and on the design choice made, these are the expected benefits: 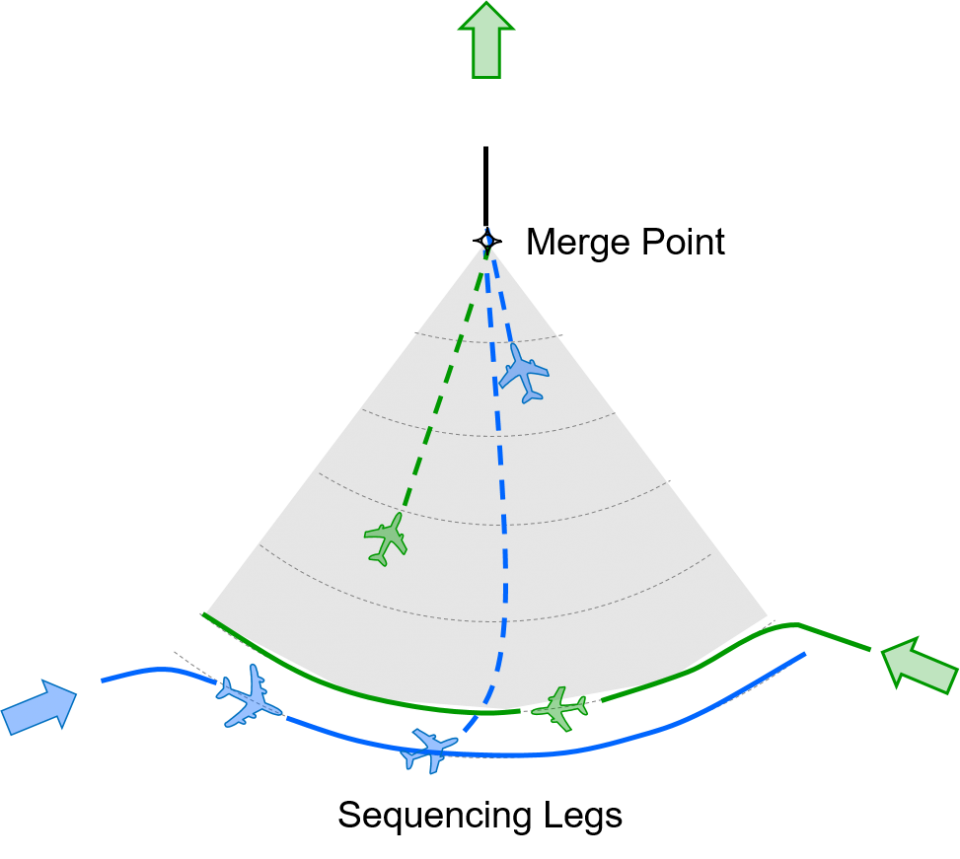 Point Merge is designed to work in high traffic loads without radar vectoring. iT is based on a specific P-RNAV route structure, consisting of a point (the merge point) and pre-defined legs (the sequencing legs) equidistant from this point. The sequencing is achieved with a “direct-to” instruction to the merge point at the appropriate time. The legs are only used to delay aircraft when necessary (“path stretching”); the length of the legs reflects the required delay absorption capacity.

How the geometry of arrival routes can influence sequencing

Watch our videos to learn more