Increased risk of flooding of airports, delays due to more intense major storms and higher costs for airlines and passengers are all significant climate change risks for European aviation that are set to intensify, a recent EUROCONTROL study has concluded. While the aviation sector has acknowledged it needs to decarbonise, it has also become clear that the sector itself will increasingly be threatened by climate change. So what is aviation doing to adapt to climate change?

Our recent EUROCONTROL Stakeholder Forum on climate change adaptation saw Olav Mosvold Larsen from Avinor, Juliana Scavuzzi of ACI World and Denise Pronk of Royal Schiphol Group exchange views on the urgent need for aviation to ramp up its ability to adapt the impact of climate change.

Norwegian company Avinor, which operates 43 airports and the country’s air navigation services, has been working on climate adaption for over 20 years. The main challenges they face are the impacts caused by warmer, wetter and wilder weather.

On the mainland, where the warmer weather increases the frequency of ice melting and freezing again, this comes with some very particular challenges such as the increased use of deicing chemicals – a financial and environmental burden.

As a consequence of more rain and rivers flooding its airports, Avinor has also noticed more problems with navigational equipment and the need for more appropriate drainage systems to ensure airports remain accessible. The team is undertaking work to improve wave protection and storm defences on low-lying coastal airports and heliports so they can withstand more frequent heavy storms.

“Climate change is affecting aviation actors differently depending on their location in the world. What we are building now is for the future, so be wise”

Olav advises, and underlines the importance for airports and other aviation stakeholders to conduct climate change risk assessments – something his own organisation is also currently revising to ensure they are best prepared for climate resilience.

A survey done by ACI World among their members shows that 40% of respondents have conducted such a risk assessment to better prepare their airports for climate resilience. Given the interdependence of the aviation sector, Juliana reminded the audience that “our resilience depends on the resilience of others”, stressing the need for collaboration and support from policy-makers to overcome the lack of harmonisation in climate change adaptation measures among aviation and non-aviation stakeholders.

Amsterdam-Schiphol airport - one of the largest airports in Europe - happens to also be one of the lowest located airports in the world, lying 4.5m below sea level, and serves as a safe haven to its passengers.

“Adverse weather is already disrupting flight operations across the globe, therefore investment in climate adaptation is an absolute must for mobility infrastructure to be resilient to future changes.”

The panellists’ experiences’ complements the findings of the recent EUROCONTROL study “Climate Change Risks for European Aviation”, which assesses how existing weather trends have impacted aviation in recent years and how climate change impacts might affect the sector in the future. It forecasts growing disruption both on the ground and in the air: airports and their surrounding transport infrastructure face a growing risk of flash flooding and rising sea levels, while flight operations are set to be increasingly delayed by violent storms that will increase delays, raise fuel burn and lead to higher emissions. The study and its detailed annexes are available on EUROCONTROL’s website.

The ReFuelEU Aviation proposal is a clear signal to both the aviation and the energy sector, that EU policy-makers take the increased uptake of sustainable aviation fuels by 2050 seriously. In one of EUROCONTROL's recent sustainability-themed Stakeholder Forum webinars, Flor Diaz Pulido, Head of Unit Aviation Policy, Directorate-General Mobility and Transport, European Commission, said:

“We have had an economic and a regulatory issue: there is not enough demand because the prices were too high and there is not enough supply because there was not enough demand. Horizontal approaches have not worked until today due to the specificities of the aviation market, highly integrated and in need of very specific kind of liquid fuels. This is why we have come up now with a sectoral approach, to reach a strong business case for decarbonising aviation and producing SAF.” 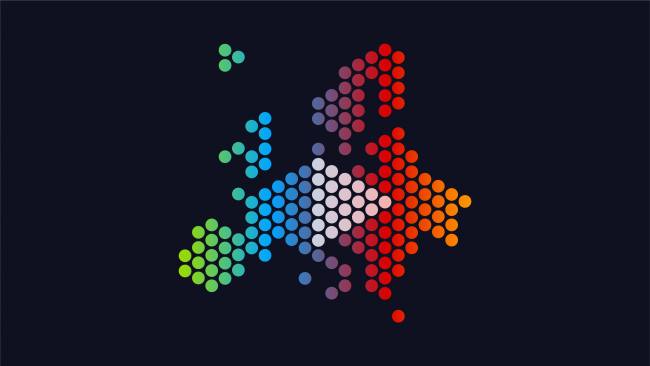 Watch our Stakeholder Forum on SAF

Exploring the huge potential of SAFs for driving down aircraft emissions, whilst enabling business to grow sustainably.

There will also be an obligation on all airlines (EU and non-EU) departing from EU airports to uplift the jet fuel necessary to operate the flight prior to departure, to avoid fuel tankering. The proposal targets the cleanest advanced biofuels and novel electro-fuels, which meet the sustainability criteria set in the Renewable Energy Directive. It also calls for Member States to introduce penalties on aviation fuel suppliers and aircraft operators in case of non-compliance. To complement these measures promoting SAF, the European Commission announced it would create a zero emission aviation alliance by the end of 2021 to ensure market readiness for disruptive aircraft configurations (e.g. hydrogen, electric).

Thank you to our contributors from:

The EU’s “Fit for 55” Package: what does it mean for aviation?

Aviation sustainability developments from around the world